Is Washington DC a better place to move to in 2021?

Are you thinking of moving to Washington DC? City lockdowns? Maybe not. The city not only the center of US politics, it is also the center of international organizations such as the World Bank that’s promoting sustainable growth around the world, World Health Organizations who has been the leader in human health matters and staying on top of all updates on COVID-19 and Federal Reserve that is the Central Banking System of the United States. If you are a sports fan, DC has a lot to offer to baseball and football fans, meanwhile, Washington Capitals hosts major national Hockey league games in Arlington, VA that is only 4 metro stops. When you decide to move, Strongmove DC movers will make your moving experience smooth that no other moving companies DC can offer. Our team is trained and experienced. Our moving trucks are equipped with the right moving equipment that can take care of moves varying from studio, townhouses to single-family homes in Washington DC.  So let’s jump to my findings on all pros and cons of living in Washington DC.

The city is also home to the top universities of the world. George Washington University located a few blocks from the White House where United States General and Statesman Colin Powell got his degree. Historical Buildings of Georgetown University can be seen on the Potomac waterfront of DC is where Bill Clinton received his degree in International Affairs. American University where Paul Ryan #54 Speaker of the United States House of Representatives attended classes. Also Howard University’s notable alumni like Kamala Harris, current vise president of the United States.

Below are some facts about universities.

Washington DC has overall 12 National parks that you can explore with your family or go out every evening for jogging that are within walkable distance. The most popular part among them is the National Mall, Memorial and Rock Creek Park. National Mall lies between the US Capitol and Lincoln Memorial. During the day, one can visit museums of the Smithsonian Institution that includes art galleries, Air & Space Museum and plenty more. On evenings you can picnic with your family on a National Mall and watch baseball games and various concerts. Lots of events take place on a National Mall such as the annual Kite Festival, an Earth Day and the National Symphony Orchestra presents National Memorial Day concert on the west lawn of the US Capitol.

Washington DC is full of sporting events that welcome all sport fans and athletes to the city. If you're a baseball fan, you can visit Washington Nationals games that take place in the easily accessible Southeast of DC. In 2018, the stadium held the 2018 Major League Baseball All-Star Game and the 2019 World Series. If you are a basketball fan, you can visit the NBA’s Washington Wizards in Capital One Arena that has a 20,000-seat sports venue.

Washington DC has one of the best transpotartion systems in the country. Transportation system consists of metro, bus, taxi, rideshares like UBER and Lyft, scooters and bikes that you can rent. If you live in the city, you may consider scooters and bike as a commute means, if your commute is far metro would be your choice.

While some prefer to live in the city, many tend to chose cheaper suburbs of Washington DC like Silver Spring, MD, Hyattsville, MD or Alexandria, VA. Travel from those suburbs may cost during rush hours may cost you up to $6 one way. Metro system has 6 lines that opens easy access to Northern Virginia and Maryland. Below are Metro fares:

The city has the cleanest Metro and Bus system that can take you anywhere in Washington DC and beyond. Metro system has 6 lines that open easy access to Northern Virginia and Maryland.

Now let’s talk about the cons of living in Washington DC.

Washington DC house prices and rents are rising from year-to-year. This is partly related to IT book in suburbs of Washington DC. Just a few stops away, Amazon is building its $2.5 billion HQ in Arlington creating 25,000 new full-time jobs.

According to US Census data, the median gross rent in Washington DC is $1,541 per month. Below are some statistics on housing:

Not All Neighborhoods are safe

According to the report of FBI, there were almost 1000 violent crimes per 100,000 people reported in 2018. However, crimes are down by 6,330 citywide during the last couple of years. Below are some facts from Metropolitan Police department 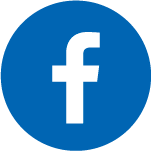 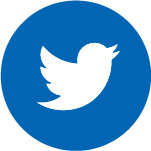 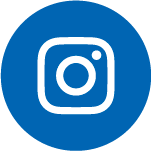 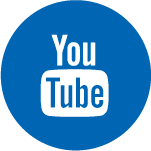